The Ginter Code, finally some progress

The last four tweets that the Codemaster blasted out a few weeks back did limit the search field, and also sucked me back in for a bit on the code.

Since he was nice enough to tell us that the the clocks on the ad cards pointed to baseball cards my brain was focused enough to finally see the connection.  I've shared this revelation with a couple people thus far, and one other code-head(?) agreed with me.  So perhaps me, I, we, us, they, them, all ya'll are onto something finally.

That being said, even if you haven't landed on which cards the clocks point to, what would you do with those cards?

I had been thinking about that right after I read the tweets.  I thought to myself "even if I had the cards, how would I know they were the right cards and what would I do with them?"

That's the kicker this year, you have to believe enough in your method to get from times on a clock to baseball cards to move blindly to the next section of breaking the code.  If you haven't already read the account on how the 2008 code was broken, you should do yourself a favor and do that now because I feel like this code will have some similar properties.

Okay, so we're back to the 2011 code in all its backwards-clocky-goodness.  You have 10 code cards infront of you.  Some of the corners of these cards have symbols on them which you have translated into numbers by either using your decipher cards (which have the numbers on the back in some way shape or form) or you put the puzzle together and realized the first row of the puzzle, plus the next symbol from the second row represent numbers 1-30.  I'm sure after 4 months this isn't news to anyone who has looked at the Ginter Code.

What may boggle your mind is what the heck to do with the numbers on each of the corners of the cards you've pulled.  And it should, because that's what's stopping you from decoding the message this year.  And it's stopping me right now too.

So, if you are burned out on trying to figure out how to find the gosh darned correct cards, sit back and think about how you'd use the numbers in each corner of the cards to decipher the Codemaster's poem.  It's not going to be magic, but it's certainly not going to be straightforward either.

Just remember, no one ever solved a code by staring at it, you've got to roll up your sleeves and get your hands dirty.  Just keep trying different things, but above all else try to think about how you'd turn a message into numbers using the poem.

Re-alignment? How I'd Blow Up Baseball And Start Over 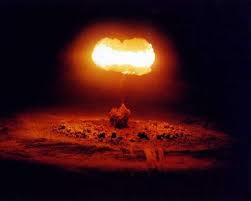 The Astros to the AL eh?  Instead of something simple, let's just blow it all up.  Why not?  All the records are tarnished from steroids anyway, right?  Let's just start over and usher in a new era of baseball.

Starting with the divisions.  Four.  Four divisions.  North, South, East and West.  There are no leagues anymore.  The AL and NL are gone.  As is the crazy All-Star game to decide who gets homefield advantage (stay with me, we'll get there).

There we go.  While we're at it, since it's just MLB and there isn't an AL/NL, we have to make a decision on the DH.  I feel like it's inevitable that the DH will win out someday, so let's just get on with it.  I like the strategy of the NL too guys, but I'm making a concession here.

Let's move onto the schedule and playoffs.  For starters, we're going to shorten the season slightly to accommodate a larger playoff system.  This is win-win.  It allows us to further distance ourselves from the tarnished steroid-era records, and gives us a chance to expand the postseason and only play 7 game series.  5 game series are lame.  I'll sacrifice a couple weeks of the regular season for better postseason play.

All four division winners are in the playoffs, and then we've got 8 wild cards to dish out.

Round 1 of the playoffs is the wildcard round.  It will be seeded based on record.

Round 2 of the playoffs is the divisional round and will feature the divisional winners (who did not play during the first round) against the winners of the wildcard round.  Imagine the NCAA brackets, but slightly modified.  #1 gets the lowest seed to come out of the 5/12 and 7/10 games with #4 getting the leftovers.  Same goes for #2 and #3 on the other side.

Round 3 of the playoffs is the championship round.  The Final Four.  Let's do this.

Of course Round 4 of the playoffs is the World Series.

In case you are wondering how the season would have turned out, your division winners and 1-4 seeds would have been:

The Wildcard round would have featured these matchups:

Let's assume all the teams that made the playoffs moved on you'd have seen a Divisional round like this:

I get a smile on my face just thinking about all of this.  And I consider(ed) myself a baseball traditionalist.


Oh yeah, one last thing, home field advantage in each round goes to the best record, and the format will be 2-2-1-1-1 for the seven game playoff series.
Posted by Sharpe at 4:10 PM 4 comments: