I Think I Was Nix'd? More Heritage High Number - Details and Scans 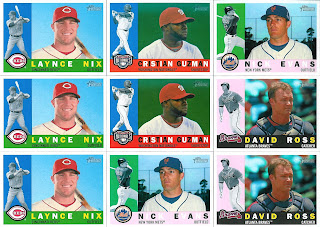 No, not Bipped, but Nix'd maybe? I don't know, it all happened so fast - the ripping - that I didn't even notice I pulled three of the same guy in a single blaster.

Regardless, welcome back for a little more 2009 Topps Heritage High Numbers. A scanner full of 9 Heritage cards looks pretty cool, in my opinion. All of these Rookie Stars are still up for grabs via trade if you need any: 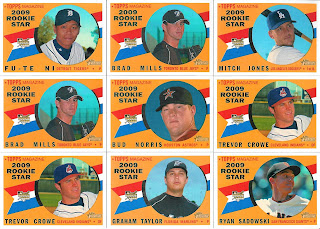 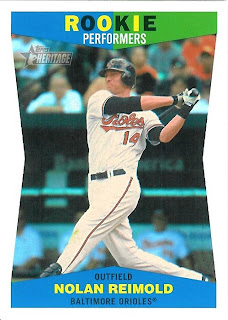 I only accumulated 7 AL guys when you include only one of each of the dups. 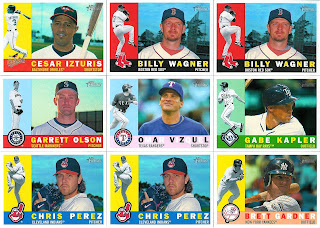 Here are the NL guys, which to my dismay contained only one possible Dodger for Night Owl (or any other Dodger collector out there). Plenty o' Pirates though! Oh, that's right, the Dodger is up above in the Rookie Stars area. 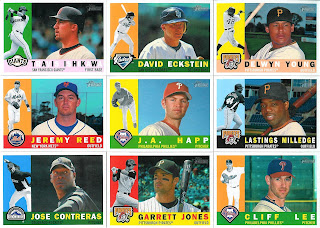 There was also one Then and Now card featuring Adrian Beltre and Brooks Robinson (TN3). I'll be honest, I've pretty much tuned Beltre out since his roid induced career/contract year and all throughout his tenure with the Mariners. Does he play solid D or something? Or what's the comparison here? 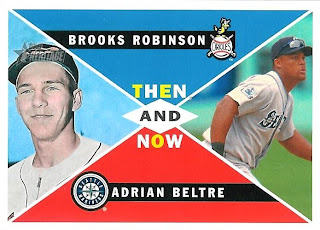 And finally, I'd like to end with the newest Brewer. A guy I used to watch in the Metrodome when I first arrived in Minneapolis. A guy who once gave up something like 200 earned runs in a season. A guy who was clearly horrible until the peak of the roid era when he turned reliever. Makes me wonder about you Mr. LaTroy Hawkins #630. May you not break camp with the Crew in March, I just don't like you. 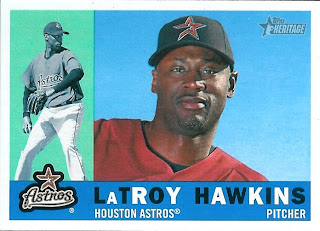