Topps Legends of the Game Additions 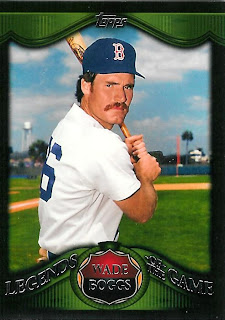 I've frantically been trying to catch up on posting some trades that took place during December and January.

Around the same time, I brought back probably somewhere in the neighborhood of 10 of those 3,000ish count boxes from my youth. Filled with junk football and baseball wax and other assorted surprises. I've been trying to get some sort of organization system in place, and that's what lead to a downturn in posting around the New Year.

But, I digress. I was able to add two more of the Topps Legends of the Game inserts to my binder over the past couple of months. The first is the Wade Boggs that's shown above. The second is Pee Wee Reese, shown below. I'm still hunting for more of these cards and if you have any to trade, drop me a line. I'm also darn near a completed 2009 Topps Series 2 set. Can you help with the last few? 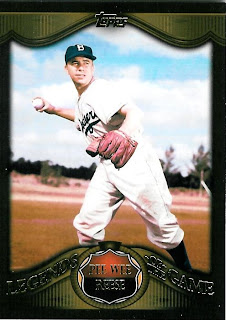