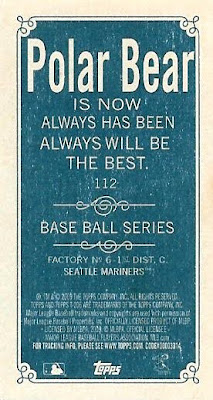 Who would like to add some King Felix to their T206 mini collection? I'm hoping someone out there is interested. Here's a shot of the front as well. 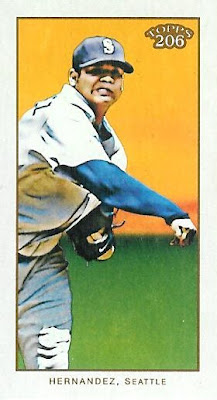 If King Felix isn't your guy . . . well there might not be anything else here to tempt you. But if you're a completionist maybe I can interest you in a couple other Polar Bears. 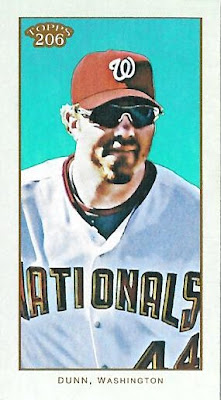 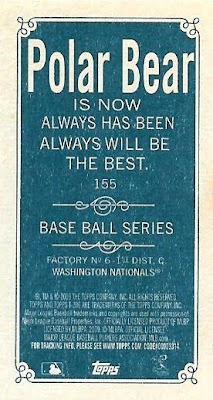 Otherwise, I've also got some Conor Jackson for you. Here he is in all his T206 Polar Bear glory! 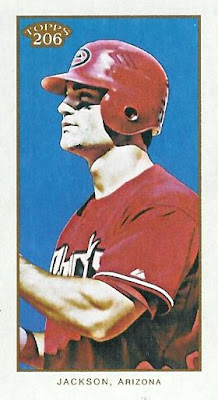 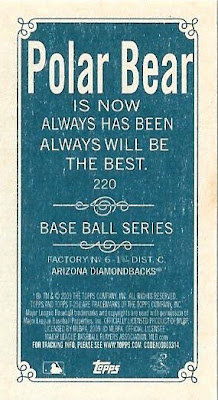 Now if you're wondering what you could possibly trade me, there are some ideas over there to the right. I'm working on the 2009 Topps U&H still, 2009 Goudey short prints and 4-in-1s. As I said this morning, I have a limited number of needs from 2009 Topps Series 1 (just 1 card) and Topps Series 2 (down to about 5, I need to update from a now pending trade).

I'm also interested in acquiring any 2010 Topps Series 1 base cards. I've got nothing thus far. I could also get into some 2009 Topps Legends of the Game subset. I don't have a ton of those, so let me know what you've got.

This will be the first in a series of trade bait posts where I'm hoping to get some cards into the hands of people who need them in exchange for helping me sunset my 2009 sets so I can look into 2010. Thanks for looking!