Week 3 of the HBL 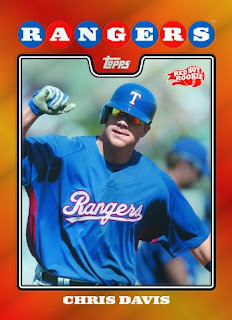 Week 3 is about to begin and I've been inquiring to see if any owners will deal a 3b before I promote the struggling Chris Davis.

The thing that bothers me about Davis is that he's hitting in the 6 or 7-hole for Texas AND he's struggling. That doesn't scream 'useful' to me, but we're basically out of options. I quickly kicked the tires on Chipper Jones, but I have a feeling I'd be back in the same situation in 2 or 3 weeks, so it's probably not worth it.

Also to note, CBS says that BJ Upton is questionable for the Seattle series, but likely will only miss 1 game this week. How much do you want to bet he misses at least a series and possibly a month or something insane like that? It's been that kind of a start to the year for our squad.
Posted by Sharpe at 8:41 AM