Hey, why not, since I'm still waiting for someone to come forth with that Youk card I need. Seriously, someone out there has it, I know it. And while I could buy it, I'd get many more utils out of trading someone for it. Really, I would. I promise. The summer of Goudey must end with a full set from blasters plus trades. It must. But for now - pack break.

I threw some cash down for a Series 2 Topps pack. While only card #192 elludes me from Series 1, I've only purchased a single blaster (more on that debacle sometime in the future) for Series 2. I may have gotten a little sidetracked with Gint-A-Cuffs (13 scores tallied). 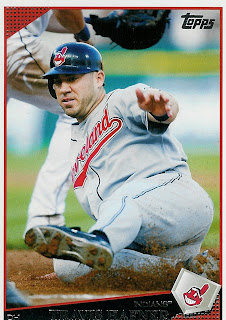 I can't help but wonder if he hurt himself sliding. Sorry Pronk. Sweet photo, it's no Black Smoke though.

Next up, Mike Fontenot. I really hate the Cubs. 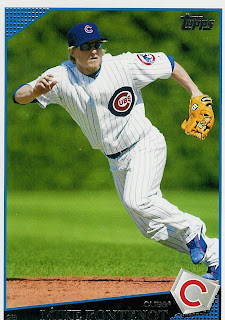 Meh, a manager card. I really don't get why these exist. If they didn't wear uniforms like the players, would they? 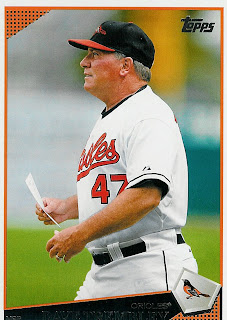 Card #4 in the pack is "Detroit Power Authority". Who did Carlos Guillen have to sleep with to appear in this card with Miggy? His best homerun total came in 2007, with 21. The only thing Carlos is an authority of these days is Bazooka Joe comics and sunflower seeds. 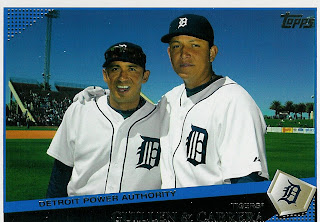 The next card is probably the best in the pack. I can't decide if I like the look or if it's super cheesey, but it definitely stands out. Dustin Pedroia WBC card. I didn't get any of these in my blaster, so it was cool to see something new. 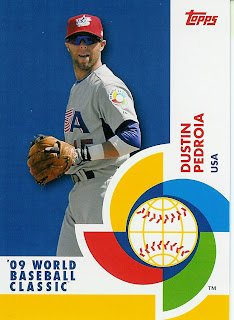 And before we turn it over to the back six of the pack, we've got a Topps Town "card" featuring Ryan Braun. I still don't understand how these are considered "cards" worthy of counting in the pack. Lame. 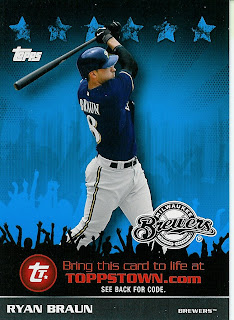 Overall, I didn't get anything I couldn't live without in the first half of the pack, but the Detroit Power Authority card makes for great jokes so I'll consider it a fun card to pull.

Part 2 . . . sometime in the near future. While you're waiting, take a look for that Youkilis card.
Posted by Sharpe at 12:25 PM