It's time to take a look at the second half of the Series 2 Topps pack I started yesterday. 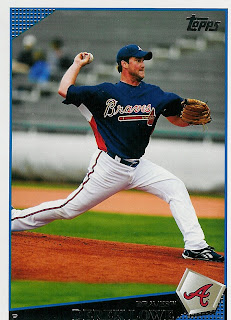 Derek Lowe pitching in front of a mostly empty stadium. Not entirely certain what the circumstances would around this . . . post rain delay? 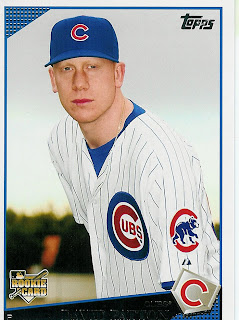 Rookie Card of David Patton. Can't say I've ever heard of this kid, but congrats, I hope you surrender many a run to the Brewers over the coming years. 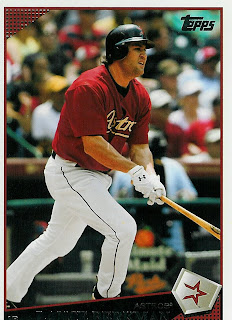 Lance Berkman has become one of my favorite players in MLB due to his consistency with the stick. I had a chance to own him for a very short time in fantasy baseball this year, but ended up dealing him at the deadline for a package containing the As young hurler, Brett Anderson. 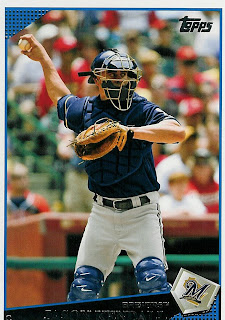 Ah, Jason Kendall. I never thought you'd provide much offensive punch when we signed you, but you've now bottomed out with your .598 OPS. .598, yup. I'm sad, but your days as a regular should be over. I'm sure you call a great game, but I think there are probably about 100 other catchers out there that could call a great game and hit for more power and get on base at a decent rate. 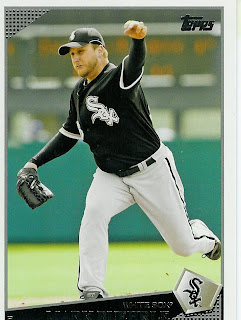 Mark Beuhrle, he of the perfect game. I can't believe that no sooner did I trade for you in fantasy baseball did you rip off a string of something like 15 straight perfect innings. It's enough to get me to overlook that drubbing you took against the Yankees last time out. 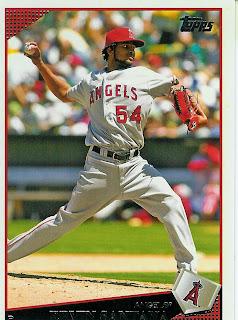 Last but not least, hey, it's Ervin Santana.

Well that does it for the Topps Series 2 Pack Break. I'm about ready to call off the Youkilis search. It seems no one has his #25 Goudey base card laying around. Stay tuned for the next player on the list.
Posted by Sharpe at 8:24 AM