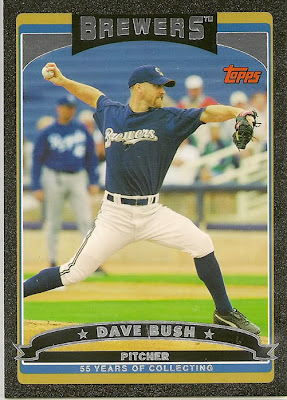 I believed this because he was very good about not putting many runners on base. I believe he finished top 5 in WHIP in 2007. This is definitely not 2007.

Last week I pondered starting Jeff Niemann against Boston and Toronto or Dave Bush against the Pirates and the Cubs. Bush normally pitches much better at home, and well, the Pirates are still the Pirates. This decision looked like there was no way I could lose after the first Bush and Niemann starts. Bush took an easy win during the Pirates series that saw the Brewers outscore the Pirates 36-1 which included a 20 run outbust on Wednesday.

Well the plane definitely crashed into the mountain yesterday for Bush when he was just destroyed by Kosuke "April" Fukudome and the rest of the Cub bats.

Normally I could handle this sort of implosion, especially from a borderline fantasy starting pitcher, but after Jake Peavy and Justin Verlander, my aces, both imploded on the same night last week, well I'm at wits end. I've got a 5.22 ERA and 1.49 WHIP to chisel down starting this week. So welcome to the show Jeff Niemann. You join Brett Anderson (elbow), Verlander and Peavy, and Ian Kennedy in the rotation this week. I'm sitting Beuhrle due to general suckiness combined with the fact that he pitches @TEX and @NYY.

The lineup is pretty much status quoa. Pierzynski (better hit this week), Berkman, Weeks as my 2b d'jour, Jeter, Longoria, Crawford, Ordonez, Bruce (3of d'jour), and Tulowitzki. Tough to sit Uggla, and tough to play Musical Outfielders with Bruce and Francouer since guessing will probably lead to guessing wrong again. Sat Bruce last week and he outhit Frenchy by a mile.

I'm hoping to bring myself some good luck, I sent the Peavy T206 card I mentioned here over to White Sox Cards. I feel like I need to exercise some Verlander demons as well. Anyone interested in receiving a T206 Verlander in the mail this week? Just let me know.

As a side note, thus far this season I started stashing away some minor league talent including Josh Bell and Todd Frazier. This is in addition to Gaby Sanchez who I have no real need for but I'm hoping shows some promise as a late bloomer.
Posted by Sharpe at 8:06 AM