JD's Wild Theory Part II: The Hunt For The Undies

I know there's a swatch of some wrestlers undies waiting for me somewhere in this blaster. JD says so. I don't want to have to purchase a second blaster to prove him even more wrong. So let's dive into pack #2

Neil Walker? Is that his name? This guy must be 29 now. I remember when he was the young up and coming catching prospect in the Pirates organization. I believe some injuries set him back the better part of a decade. Of course my memory is horrible. But here it is, one of 13 of his rookie cards! 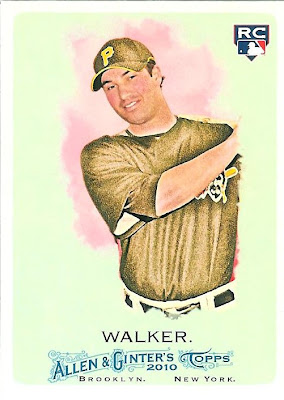 Sometime back in 2019 I'm going to come back and look at Mr. Hollands card and remark how young he looks. Baby faced! I'm a fan of his and hope he bounces back into form in the playoffs and next season. Still nothing to prove JD right . . . yet! 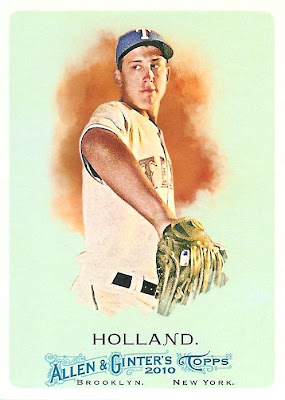 Matt Kemp. Man, I wish I didn't confuse you and Andre Either all the time. You're basically the same person to me - which solely has to do with the fact that you both arrived on the scene at the same time, both played outfield, and I'd never heard of either of you when you were making impacts on rival fantasy baseball teams. I can't remember which guy is better though either. Still nothing in our hunt for the undies. 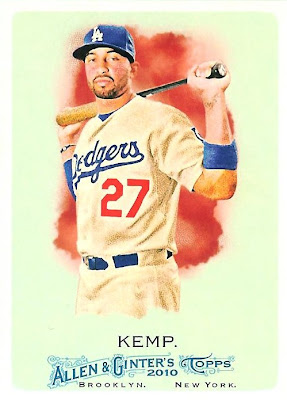 Roy Halladay is a superstar, and I love him. I wish him well in the post season. However I can't bear to look at this card. 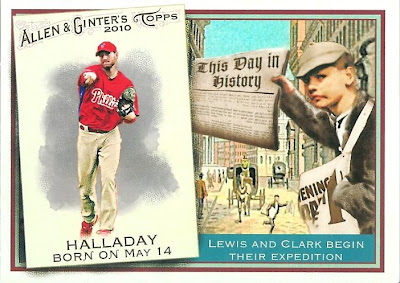 Jorge Posada mini. I believe this is a regular backed mini. Definitely not a retail exclusive mini, although with a little work, maybe he could be the next "Hot Tejada"? 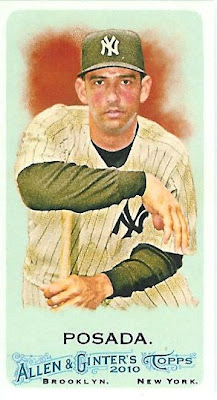 Sorry JD, nothing to prove you right here, but we've got 6 packs to go.

In honor of my appearance at the Twins/Yankees game tonight I'll do another pack break at lunch and post the results. Thus far I've opened packs #7 and #8. Any requests for the next one?
Posted by Sharpe at 7:20 AM