Mr. JD. I'm calling you out. I have terrible luck with blasters, but you say they're filling them with all sorts of fabulous prizes. Including, but not limited to: diaper swatches, autographs, cool retail exclusive minis and other fine treats.

So here I am, going back on my word not to touch the Topps Allen & Ginter product. But just know it's being done for friends . . . and in the name of SCIENCE!

I can assure everyone this is for the greater good, the trading community, and again . . . SCIENCE.

Okay, here we go. Someone called Scott. Old timer. Cool? Maybe. Part of the greatness of buying a blaster? Likely not JD. 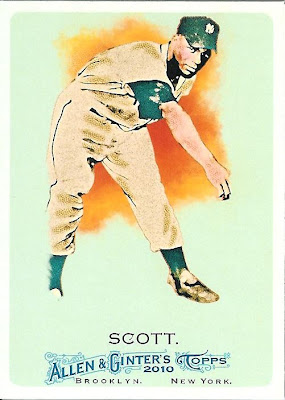 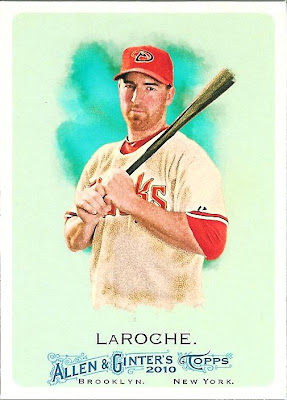 Let's pretend this is Balderdash. You guys ever play? Gosh, what a great game for people who like to bs each other. Lyle Oitker is the world record holder for holding both his hands over his head while holding one object in his left hand. He did this for 19 days, 11 hours, 58 minutes, and 12 seconds. Amazing. 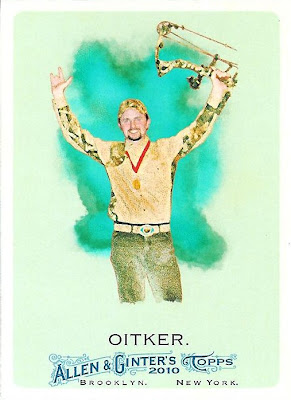 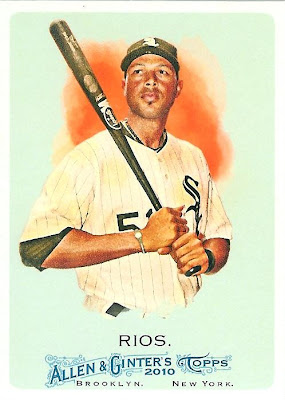 Oh, and then these GD cards. Okay, I'll let it fly. Although we had the right concept for solving the Ginter Code, we were using this cards as the text to build from (since, oh, you know we didn't know we had to give up and email Topps with some random giving-up sort of statement). Many of these cards contain typos on the back. A select few have text on the front that doesn't match the first sentence from the back. We thought we were onto something between these and the celestial star cards. We knew we had to chunk some sub-set of players cards out by birthday, and then use the astrological breaks in the months to order the whichever cards fell into those 12 star signs. Ah, anyway, not even close to Theory Proving Cool. I promise. 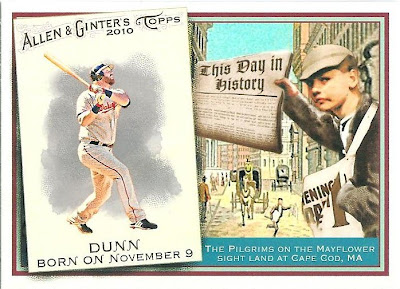 Lastly, a mini. A Twins mini. Some sort of non-regular back. JD, it's yours if you want it. 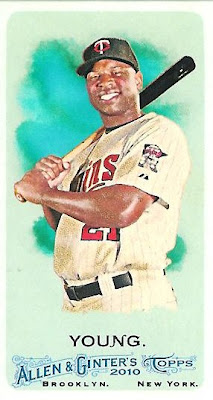 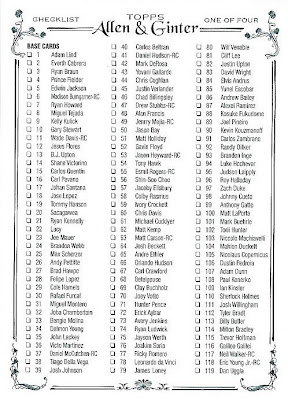